An Evening of Celtic Music

From fast, high-energy jigs and reels to captivating airs and ballads, Emily Ann Thompson’s performance is lively and passionate. Drawing from a wide variety of world music styles, she plays traditional Irish, Scottish, and Canadian fiddle tunes in fresh, original arrangements. Emily's performances have a contagious energy throughout her entire show.  She also incorporates English and Gaelic singing as well as banjo into the mix.  She is joined by her husband Kelly on guitar, percussion, and vocals.

Emily played Show Low, AZ on April 7, 2012 and was greeted at the end of her show by not one but two standing ovations.  The town couldn't quit talking about her after that show, and she was so well received that we decided to bring her back in October for a full blown concert of her brand new CD "Passage". 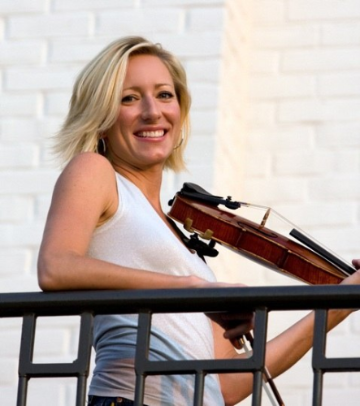