Adam Trent is taking the magic world by storm, blending dancing and singing to own original pop music with innovative stage illusions, charming wit, and emotion to create an experience that is part magic show, part concert, and part stand up comedy. Though young, he already has a resume that many older professionals would envy. Not only is he one of the youngest international award winning magicians in history, US News & World Report Magazine identified him as one of ”The 10 Most Influential Youths in the Nation”. He is a self-taught performer who is touted by some of today’s greatest magicians as being a genius headed straight for stardom. Recently, the Disney Channel featured Adam Trent as himself in a feature performance.

A 17 year veteran of magic and stage performance, Trent truly knows how to appeal to all age groups, entertaining Internationally at venues ranging from cruise ships, colleges, comedy clubs, theatres, and civic centers. Having performed over 300 live shows in 19 different countries during the last year alone, he is rapidly shattering the stereotype of the typical magician. Witness for yourself how magic has changed 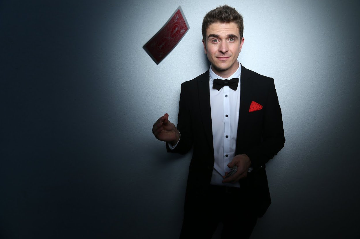