Dry Hills Distillery announced today its latest concert, which is set for Saturday, August 24, 2019.  This year’s concert at the distillery’s headquarters in Bozeman promises to be one of the better line-ups in Montana for the summer with three amazing women set to perform.

Deana Carter and Stephanie Quayle will headline the event with Jenny Tolman set to open.  CMA Award winning artist, Deana Carter, has sold more than 6 million records and recorded three #1 hit songs.  Bozeman-native Stephanie Quayle was recently inducted into CMT’s revered “Next Women of Country” Class of 2019 and has been named an “Artist You Need To Know” by Rolling Stone Country, and Jenny Tolman is a rising star on the Nashville music scene.  In remarking about the concert Stephanie Quayle noted: “Coming home and performing in my home-state is one of the greatest gifts of being an artist. Sharing our Montana with these extraordinary women, Deana Carter and Jenny Tomlin, will be an incredible night of music. It is the perfect way to follow up shooting the ‘If I Was A Cowboy’ music video right here in Big Sky Country and to celebrate all that is ahead.”

Dry Hills has quickly gained a reputation both as a great outdoor concert location and for putting on fun shows.  “This year’s concert is certain to be our best yet,” commented Erica Droge, co-founder of Dry Hills Distillery, “We have a unique line-up featuring women who have done it all – from winning CMA Awards, to singing at the Grand Ole’ Opry, to being amazing female singers and songwriters.  It should be a great night of fun, and I hope Montanans will come out to welcome Stephanie and our guests to Bozeman.”

Tickets for this event are limited and are now on sale at www.runningironwhiskey.com and www.dryhillsdistillery.com. General Admission Tickets are $30 when purchased in advance ($40 on the day of the event).  VIP Tickets, with a reserved concert viewing area, private reception in the Dry Hills tasting room with food provided by Food for Thought, meet and greet opportunities and dedicated bar area outside, are $100.  Beverages will be available onsite thanks to the Rhino Bar and Casino in Belgrade, Cardinal Distributing and Pepsi of Bozeman. Chef's Table Food Truck & Catering, Bubby's Sweet & Salty and Grille 406 will be the Food Trucks on site. There is stadium seating inside the venue along with additional tables and chairs will be setup by the food trucks to make it easy for grabbing a bite to eat and taking a break. The event will be a fun evening of entertainment for the entire family. Singing and dancing will be encouraged. Doors open at 5:30pm.

Information About the Artists:

About Deana Carter:  One of few artists with a 5x platinum debut album, Deana Carter thrills her fans each and every time she takes the stage.  The 3-time Grammy nominated and CMA Award Winning Artist got her first big break came when one of her demo tapes caught the attention of Willie Nelson, who invited her to take part in the Farm Aid VII concert as the show's only female soloist.  Her debut album, “Did I Shave My Legs For This?”, debuted at No. 2 on the U.S. Top Country Albums chart and sold well over five million copies.  The album had three No. 1 hits: “Strawberry Wine,” "We Danced Anyway” and "How Do I Get There”.  Carter has gone on to write, sing and produce numerous songs, including “Me and Tequila” which was later covered by Kenny Chesney and nominated for the CMA’s Song of the Year.

About Stephanie Quayle:  Stephanie Quayle was recently inducted into CMT’s "Next Women of Country" Class of 2019. Last year, she made her Grand Ole Opry Debut, played the historic Ryman Auditorium for the first time, and was a consistent presence on the Billboard Country Airplay chart with her previous single “Selfish.” Quayle was also one of the only independent female acts in 2018 with two music videos in rotation on CMT, including her current single "If I Was A Cowboy." Named one of Rolling Stone Country's "New Country Artists You Need To Know," Quayle is garnering attention from her high-energy live shows across the country while sharing stages with artists like Kane Brown, Brett Eldredge, Jon Pardi, Carly Pearce, Aaron Watson, and more. Quayle’s latest single, “If I Was A Cowboy” charged out of the gates as one of the Top 10 Most Added Songs on Country radio upon release.

About Jenny Tolman:  Already garnering back-to-back #1 videos on CMT, and drawing on elements ranging from Dolly Parton and Roger Miller to The Beatles and Amy Winehouse, Nashville native Jenny Tolman is ready to bring her exciting new sound to Montana for the first time.  Jenny is uniquely herself, and her songwriting style is best described as melodramatic, acute and a face-slap of reality Her debut album, “There Goes the Neighborhood,” casts this clever newcomer – hailed by Sound Opinions as a “storyteller par excellence” – as a member of a high-class, white trash welcoming committee.  According to Rolling Stone Tolman conveys her songs with “the sass of Nikki Lane mixed with the clever wordplay of Brandy Clark.”.

About Running Iron Whiskey: A new whiskey, an authentic Montana wheat whiskey is ready to make its debut at the concert.  More details will come in the following days, but for now, check out www.runningironwhiskey.com.


Venue Information
Food Vendors will be present. No outside food or drinks are allowed. Lawn chairs will be allowed in designated area in the venue. 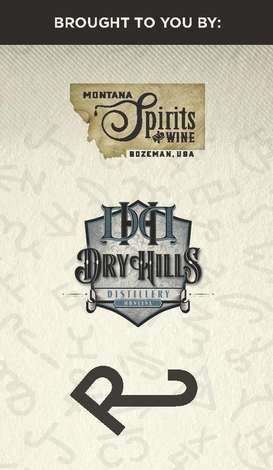