Wil’s airy vocals and heartfelt lyrics have raised eyebrows in the acoustic music world with the release of her three solo cds, a duo cd, and four band cds and are sure to please almost any audience and appeals to all age groups.

Robert, a 2-time National Fingerpicking & Flatpicking Guitar contest winner and was a session guitarist and fiddler in Nashville for countless recordings. He has played onstage with artists such as BB King, Ricky Scaggs, Tony Rice, Peter Rowan, Bill Monroe and Vassar Clements.

Dave Higgs, respected host of Nashville Public Radio’s nationally syndicated bluegrass program describes the performance: "Absolutely, hands-down some of the most mesmerizing, exciting, interesting and enjoyable acoustic music I have ever heard. Wil's songs are just in a league of their own, and the picking.... the interplay between (the musicians) is simply astonishing.”
Take a listen 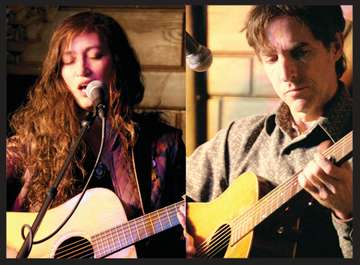