Nilesh Newalkar and Sripad R. A. Pai’s most recent work was the remake of the 1966 Konkani hit ‘Nirmon’.

The movie is a mix of entertainment, comedy, drama, and suspense. With such a talented crew and star cast, it promises to take its viewers on a journey of humor and suspense. This is evident in the hilarious circumstances which make an appearance throughout the film.
Contact Event Organizer 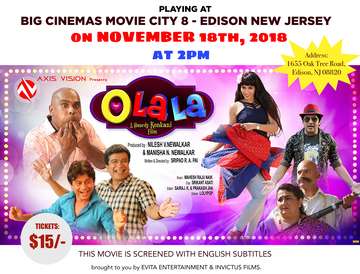