The Magnificent Larry used to be the most popular magician in New York. But times have changed. Ticket sells are down and if he doesn't do something quick, he's going to have to sell his theater. Maybe if he dusts off his old book of spells, it might get people in the seats! In another part of town, a self-absorbed man-child named Oscar finds his sovereignty in jeopardy when he impregnates a woman he barely knows. Meanwhile, his friend Jamie hatches a diabolic plan to gentrify all of Bushwick. These characters converge in a comic tale of magic, madness and loss. 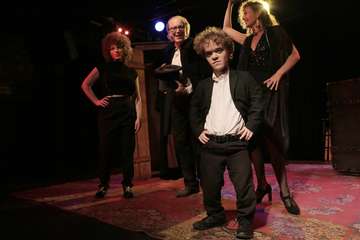