Siblings, Joyce, Jonathan and Judy, collectively known as The Martins, have enjoyed count- less radio hits and performances at concert halls, arenas, auditoriums and churches worldwide. During the 1990s, The Martins rose to national and international success, showcasing their stunning and distinctive harmonies before a vast array of audiences, from legendary singer/ songwriter Bill Gaither’s multi-award winning Homecoming Video and Concert Series to the White House to Carnegie Hall. Over the years the Trio garnered eight Dove Awards from the Gospel Music Association, as well as a prestigious Grammy nomination.

The Blackwood Quartet has won 9 Grammy Awards, 27 Dove Awards, and sold over 60 million albums, over their 85-year career. These living Legends regularly tour the country, bringing the word of Christ through song, to both believers and non-believers alike. The quartet has had the privilege of performing with Willie Nelson and many other great artists. Recently, we have seen our popularity grow among Elvis tribute artist fans, and those new to Gospel music as well.

The First Church Band is a local worship team leading Sunday morning service at First United Methodist Church Enid.  They combine modern worship music with authentically passionate performance to create an atmosphere of praise for all worshipers.  While primarily playing music from popular bands such as Hillsong United, and Bethel Music, First Church Band is comprised of talented individuals who both write and record their own music with other secular bands in the Enid area.  They first performed outside the local church setting as a group at the United Methodist Church's 2019 Annual Conference closing worship service where hundreds were reinvigorated to head back to their respective churches and continue doing God's work.  There is a uniqueness of sound not regularly seen in the UMC with these worship leaders, and it is their prayer that through their God-given gifts and talents, God will be made known in a new way to new people. 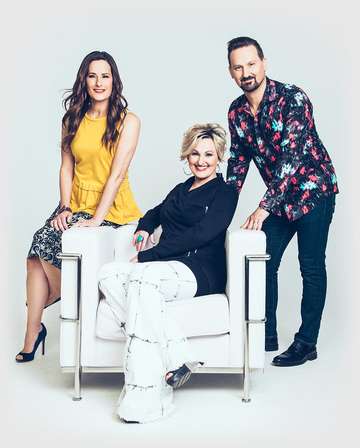