> Events in Colorado > Doctor Robert - The Music of the Beatles

Doctor Robert - The Music of the Beatles

Doctor Robert is a new generation of Beatles tribute bands from the mountains of Colorado; performing extended, high-energy sets of music ranging from “Please Please Me” to “Abbey Road” with no two set lists ever being the same. With a commitment to the accurate reproduction of over 100 songs of The Beatles’ repertoire, Doctor Robert redefines the concept of a Beatles tribute band. Their inspired performances tend to dispel all concert goers’ previous notions of a Beatles tribute act, as Casey Falter, Karen Janssen, Ben Wright, and Kevin Reinert bring playful enthusiasm and a fresh sound to the classic music and genius of the Beatles. Dressed in “Ed Sullivan”-style suits and a black mod-style dress, Doctor Robert loves the challenge of re-creating even the most demanding musical compositions live onstage, and often adds some of their own improvisation to the performance. Doctor Robert takes a similar approach to the music as quintessential Beatles tribute band, The Fab Faux, as they do not attempt to impersonate The Beatles. For Doctor Robert, it’s purely about the music and the infectious energy it creates in a live setting. http://doctorroberttribute.com/ 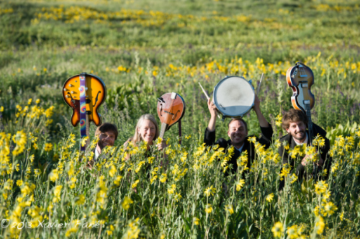