Kahiko workshop 2:00-5:00 (Male dancers are invited to attend this portion).

Ilima Hula Studio was founded in 1957 by Lani’s mother Louise Kahili’okalnai Kaleiki, and her friend Dottie Ortiz on the downstairs lanai of the Kaleiki family home in Papakolea, a Hawaiian homestead community on O`ahu.   In the early 60’s, Louise was asked by hula master George Na’ope to teach some of his dancers. He began traveling around the world, as the grand Ambassador of Hula, and could not keep up with the demands of teaching at home in Hawaii. Louise learned her hula from him, as well as hula masters Uncle Henry Pa and Joseph Kahaulelio. There were other kumu that also influenced her, but these were the foundations. In 1962 Louise’s youngest sister, Luka, was asked to help with teaching. Over time, the Kaleiki sisters and their Ilima Hula Studio, gained worldwide fame as teachers of traditional Hawaiian hula, in addition to Polynesian dances, which were not commonly taught at the time. Today, the tradition continues, as Lani teaches Hula, Tahitian, Drumming, and Samoan Knife (Nifa Oti).      In 1978 Louise passed away, in 1983 Luka passed away, and Lani was the sole heir of their legacy. With the encouragement of na kumu hula Uncle George Na’ope, Frank Kawaikapuokalani Hewitt, Aloha Dalire, Kalani Pomaihealani, Kimo Alama Keaulana, Buzzy Histo and countless family and friends, Lani continues what Louise and Luka began, a dance tradition with style, elegance and great respect for the hula, Ilima Hula Studio.

**You must have previous traditional Hawaiian dance training to participate at workshops. 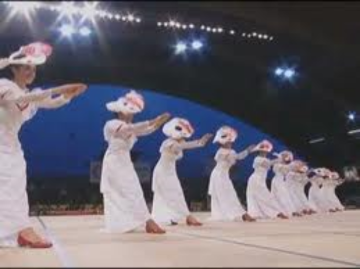