Stand Up NY opened its doors to the Upper West Side of New York City just outside of Times Square in the spring of 1986, making it one of the oldest comedy clubs in the city.

The club was founded by Cary Hoffman, producer of the successful TBS Show “Men of a Certain Age.”

From day one, Stand Up NY has devoted itself to finding the city’s hottest new comedic talents. Some of America’s most successful comics such as Ray Romano, Robin Williams, Whoopi Goldberg, Dave Chappelle, Louis CK, Kevin Hart, Jerry Seinfeld, Chris Rock, and Jon Stewart started their comedy careers on Stand Up NY’s stage.

Today, the club is home to established comedians and newcomers alike. The stage is packed seven nights a week with stars that have appeared on Comedy Central, HBO, NBC, ABC, and CBS.

Producers from The Late Show with David Letterman, Late Night with Conan O’Brien, and The Tonight Show with Jay Leno often use the space to hold auditions and scout new talent along with producers for the New York Comedy Festival and the Montreal Just For Laughs Comedy Festival.

You never know who will stop by for an impromptu performance.? 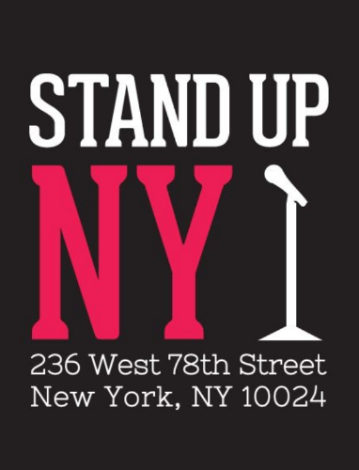