All proceeds will benefit HOMES FOR OUR TROOPS and Marine Corporal Kevin Dubois.

Corporal Kevin Dubois was on his second deployment when he lost both of his legs at the hip after stepping on an IED in Helmand Province, Afghanistan on July 31, 2011. While in the role of Scout Sniper, Cpl. Dubois was clearing a helicopter landing zone for the medical evacuation of an injured teammate. Upon going into a prone position, his left foot hit the pressure plate of an IED, triggering the bomb. Knocked unconscious by the blast, the helicopter that was previously dispatched arrived soon after the event, airlifting both Cpl. Dubois and his injured teammate to Camp Bastion. Next airlifted to Bagram Air Force Base, Cpl. Dubois required 14 units of blood in order to be stabilized for transport to Landstuhl, Germany. He was airlifted stateside to Walter Reed National Military Medical Center in Bethesda, Maryland before being transferred to Balboa Hospital in San Diego. He continues his treatments and therapies there at this time. Cpl. Dubois enjoys spending time with his wife, Kayla and they look forward to having a family in the future. Hand-cycling, 4-wheeling, video games, and target shooting are some of the hobbies that interest Kevin. He would like to go to school to learn to be a gunsmith. Cpl. Dubois appreciates all of the assistance being offered by the donors and volunteers who will make his specially-adapted home a reality; allowing him to live his life without barriers in his own home. 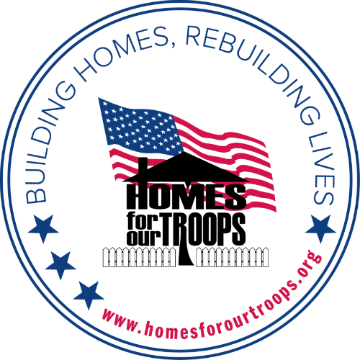