DJ Red Alert is noted for breaking in such acts as Tribe Called Quest, Queen Latifah and Clack Sheep.

DJ Red Alert was names one of the 50 most influential people in music by Rolling Stone magazine!

DJ John Jamz will get you ready for the nite.

The Event will be Hosted by BILLBOARD who will guide you through an incredible evening with contests and giveaways!

Will Rizzo will keep have laughing your a@@'s off during his comedic performance.

Professional Photographers will be onsite for portrait, group or candid photos! 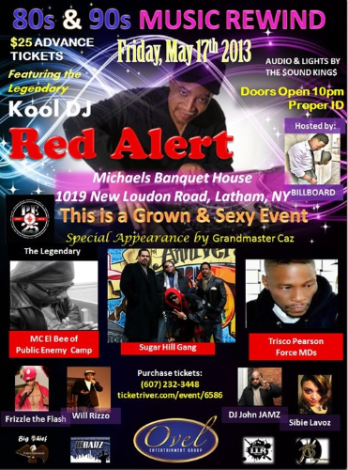