The Seedy Seeds & The Ridges @ ZaZoo's

THE SEEDY SEEDS & THE RIDGES

ABOUT THE SEEDY SEEDS

Though The Seedy Seeds have welcomed collaborators both on the road and in the studio, the band has remained, at its core, two good friends—Mike and Margaret—writing together and obsessing together through the release of three full-length albums, two EPs, countless shows on the road, awards, accolades and other accomplishments, and some major life changes too. As if completely unable to do anything else, Mike and Margaret continue to work on new ideas and new material, and are grateful as always for open and eager ears with which to share.?

The Seedy Seeds were formed on the spot at a party in December 2005 when Mike Ingram and Margaret Darling first met and nearly shot someone's eye out playing bootlegged video game ping pong. What started as a modest challenge to learn somewhat unconventional instruments the obvious way—by bypassing any formal study and jumping straight into playing them in a band—grew almost overnight into a demanding and demanded musical project. Known for combining seemingly mismatched musical genres into a surprisingly cohesive and upbeat sound, as well as for their impeccable vocal harmonies and powerfully addictive pop melodies, The Seedy Seeds have gained themselves a fiercely loyal and very diverse following (despite still having trouble succinctly describing what type of music they play). 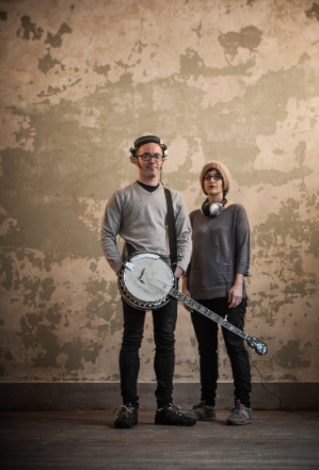