Paula Fuga is a musician on a mission. Though many play music for the platitudes or acclaim, Paula plays music for a culture--spreading the thoughtful and evocative voice of the Hawaiian people across the world. Not content to be merely a widely respected artist, Paula has taken on the mantle of cultural ambassador---using her talent as an instrument to help bring about positive social change within her islands and beyond: performing at benefit concerts for charter schools, instilling the Hawaiian culture in the generations to come and, generally, being a beacon of the meditative and healing powers of her people.

From a humble beginning, surrounded by the blues and gospel music of Louisiana, rooted and matured in the cultural richness and diversity of Hawaii, and eventually touring internationally and to both American coasts have infused Paula Fuga with a voice that is wet with soul from America’s Bible Belt, ripened by the various textures of paradise, and cultivated with sophistication through a sovereign journey. On her independent record label, Pakipika Productions, Paula Fuga has managed to release her unique flavor of music around the world, earning an astounding and dedicated fan base, while collecting impressive critical acclaim, including a Na Hoku Hano Hano Award––Hawaii’s highest and most prestigious musical honor. Since then, Paula has collaborated with the likes of Jack Johnson and Ziggy Marley and nowstands poised and ready for her inevitable emergence as a Roots Music star for the 21st Century. Mike Love Born and raised on the island of O’ahu in Hawai’i Mike Love is first and foremost a father and a husband and a son. A vegan and spiritual person, but not religious. Music has been an integral part of Mike's existence since before he can remember. "I can always remember singing, just singing wherever and whenever, no matter how bad I sounded, I just always loved to sing. I played a few different instruments and finally settled down on the guitar at around 16. Soon after, I started writing songs... I wrote at least 50 before I actually produced one I was proud of."

His main musical influence came from family and friends. Without formal musical training (aside some piano lessons when he was young), Mike learned from listening and watching. Having worked with many talented musicians, he credits most of the skill and style developed to their musical contributions. "I feel so lucky to have been raised in a musical family, growing up watching my Dad and Grandpa write songs, it really had a big impact on me. I watched people I knew around me making incredible music, and it amazed me. I thought to myself “I can do that!” Seeing them do it before my very eyes somehow made it tangible and possible. So here I am, doing my best to fulfill my dreams of being a professional musician."

And with "The Change I'm Seeking," it is clear that he has done exactly that. Combing genres with beautiful vocal harmonies, an array of instruments and a unique structure to his songs that are beyond the grasp of many, Mike Love is proving to be a pivotal figure in the advancement of music. Mike Love has shared the stage with many artists: Groundation, Steel Pulse, Dave Matthews, Jack Johnson and many, many more.  He has also collaborated with Paula Fuga, Jah Gumby of Father Psalms Studios, Bambu Station, Ooklah the Moc, John Cruz, Tavana and many others.

Over the past few years his fan base has grown immensely, gaining the attention and support of music lovers and musicians, around the world. Love says "the support I feel has driven me to work harder than ever, musically. I have crafted a live show that continuously draws in new fans and keeps the old ones coming back again and again." 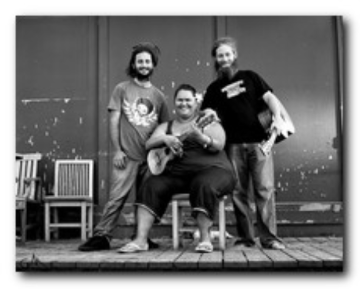