Jamaican- American director, Patrice Johnson, is excited to screen her third independent feature film at The Greenway Court Theatre!  Patrice is a self-taught filmmaker who started God-and-all-o-wee Productions along with her eight siblings years ago in order to document their lives as Jamaicans living in America.  (The name, "God-and-all-o-wee", means God and all of us, in Jamaican patois.)  Patrice's first feature film, Kingscounty, a coming of age film set in Brooklyn and based on a true story, debuted in 2003 at the Urban World Film Festival. Her second feature, NY's Dirty Laundry, (also based on true events, takes place in Brooklyn 18 days after the bombing of the World Trade Center) was screened at the Cannes Film Festival in 2007.  Patrice continues her Brooklyn theme with Hill and Gully which was shot in nine amazing days with the great support of her family and friends!  Please come out and support us!!!  ?

After you chose the number of tickets for your cart and click "Add to cart"...A "Check Out" button will appear below.  Double click on the button.  It will lead you to check out on the next page.

PLEASE NOTE - HILL AND GULLY TICKETS ARE NOT AVAILABLE THROUGH THE GREEWAY COURT THEATRE.  PLEASE DO NOT CALL OR CONTACT THE THEATRE FOR TICKETS.  IF YOU HAVE QUESTIONS PLEASE CONTACT ME. (www.hillandgully.com) 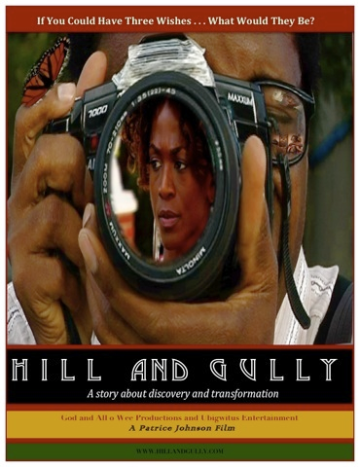