Sister Mary Ignatius Explains It All For You

Sorry to Say, but we've decided to examine Christmas through our comedic, dark and twisted lens yet again with a Christopher Durang classic!

Sister Mary Ignatius is giving a lecture on Catholicism. She tells us what sins send you to hell (murder, sex outside marriage, highjacking a plane, masturbation); and she is assisted by her sweet and obedient student, Thomas, age seven. On cue Thomas recites answers to catechism questions and is rewarded with cookies. Her lecture is interrupted midway by four ex-students of hers, who have come to put on a beloved Christmas pageant, written by Sister’s favorite student who joined a cloistered nunnery. The pageant is clearly the work of an innocent child’s brain, but sounds slightly off with adults presenting it. And afterward, as Sister chats with her unexpected visitors, her attitude darkens and darkens as she realizes all of these students have fallen away from the church’s teachings: one is an unwed mother, one is gay, one has had abortions. The play darkens as the true motive of one of the ex-students becomes clear. And it is only after attempted murder, self-defense, and an additional murder (for good reasons) that Sister is able to continue on with her lecture.

Shows are Fridays and Saturdays from December 7th-22nd at 8pm, at the Equinox Theatre. Tix are 12 dollars for General Admission and 10 dollars for Students/Seniors. 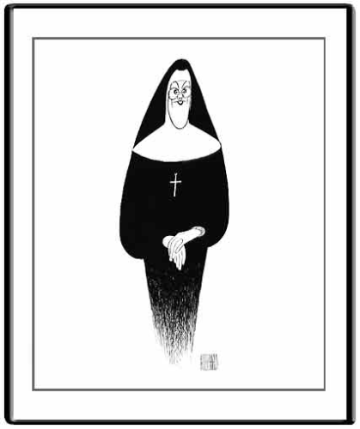