The Crown City Rollerz are proud to present one of the ONLY New York state screenings of the feature film "Derby, Baby!" at 4 p.m. on Nov. 17 at Easy Street, 185 Homer Ave., Cortland. This film is a story of love, rink rash, and addiction, and features some of the top skaters in our sport! The roller derby community has been abuzz for months awaiting the widespread release of the film, and we're bringing it right to your front door. General public welcome.

"For the first time ever, the story of women's roller derby is covered from both a national and international perspective, as Emmy Award-winning filmmakers Robin Bond and Dave Wruck take you with them on their international quest to learn why women's flat track roller derby is the fastest growing sport in the world. Derby, Baby! explores the drama, the friendships, and the addictive nature of the women's flat-track roller derby, including never-before-seen bout footage of the international flat-track roller derby champions. Narrated by Whip It star and actress/musician Juliette Lewis, who also appears on-camera, the Derby, Baby! story spans the most turbulent and exciting time for the sport in decades..." - From the film's website.

Tickets for this showing are on sale now - $7 pre-sale and $10 at the door. Come join us for snacks and laughs as we bring the wild world of roller derby to a screen near you!? 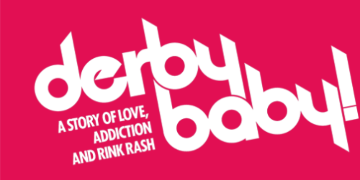