Returning to Montana for the first time since their 2008 appearance at the National Folk Festival in Butte, 2 new albums, 2 Juno awards, and shows around the globe, Le Vent du Nord will treat you to an evening of exquisite musicianship, Quebecoise culture and infectious tunes that will set your toes tapping.

"Surely among the elite of North American traditional Francophone bands."

"Le Vent du Nord... is French — or at least Quebecoise — for 'The Wind from the North.' And they perform Quebecois folk music. Think… Celtic music, but sung in French, well, in Quebecois, with a heavier reliance on a 'call and response' style. Ordinarily, two hours of music in a [language unknown to this reviewer] might be tedious, but Le Vent du Nord is anything but tedious... Brilliant, multi-talented musicians all, they bring amazing skill and lovely harmonies to their work...[T]hey have a chemistry that is immediately evident."

"Just between us, may we say that Le Vent du Nord is THE best traditional Francophone band in this country?"

FREE parking on Grant from 11th to Lincoln after 5:00 pm 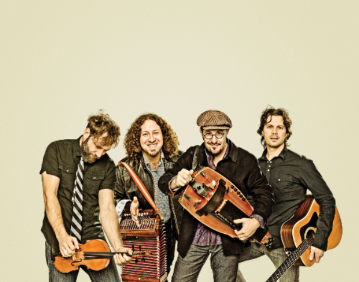