HIBERNATE: The Soulstice of Awakening

(An EDM experiment in consciousness)

KIKWEAR! Please visit and like their fan page on Facebook to keep up with all the updates about their official relaunch!?

VISIT OUR FACEBOOK EVENT PAGE FOR PRIZES CONTESTS AND ANNOUNCEMENTS

As we approach the end of the Mayan calendar there are many theories about what will happen. Some say it will be the end of the world as we know it, others say a global mass RE:awakening. RE:gardless of theories, the RE:ality is the world is in a state of flux, and the changes and turmoil are approaching the event horizon. What comes next is up to us, serves as a RE:minder of what we already knew but often forget: there is no time like the present and the future will be what we make of it.

On this night, we humbly ask that you join us in celebration of life through the expression of dance and EDM music. Allow our fine selection of musical shamans to guide us up and down both the internal and esoteric pathways of communion as we join together and declare, we are here, we are alive, and we are constantly striving towards our individual and globally awakening!

$20 with valid (not expired) Military ID

FREE if its your birthday!!online sales are thru will call or print at home tickets. Local vendors will have an actual numbered ticket for you!

WE WILL PROVIDE AN AMAZING SOUND SYSTEM (think a wall of speakers)A FULL on MAYAN THEMED environment with amazing lights and DECO! WELCOME to the EDM Jungle!

Our musical Shaman(s) for the night will be

Frankie Bones (real name Frank Mitchell) is an American techno and house music disc jockey from New York City. He is best known for bringing the rave culture to the United States after playing at a hangar party in the UK during 1989. Frankie Bones, the first American DJ to play these raves, is considered to be 'The Godfather of American Rave Culture'.He got his first inspiration from his father's vast record collection after his father was murdered. Later on, after he had begun producing records, he was offered a gig to play for 5,000 people in England called "Energy" on the strength of his compositions. As the event started on August 26, 1989, the projected attendance had gone through the roof and Frankie played to 25,000 people while the sun came up.Being profoundly moved by the experience, he brought it back to Brooklyn in the form of his series of Storm Raves. The Storm Raves events began with only a few hundred people in attendance growing to over 5,000 where the likes of Josh Wink, Doc Martin, Sven Vath, DJ Keoki and Richie Hawtin were able to launch their performances into international careers. The Berlin Love Parade, which is generally considered to be the largest rave in the world, named its 1991 and 1992 Parades after well-known compositions by Frankie Bones.

American Techno and Acid Icon DJ ESP aka Woody McBride is in the mix. With releases and remixes on Dave Clarke's White Noise, Josh Wink's Ovum, Eric Powell's Bush, Fat Boy Slim's Skint, Novamute, Acid Tracks, Drop Bass Network and dozens of other labels there are just a handful of stateside producer/DJs so prolific. His own label Communique is now 15 years old and continues to promote the underground sound and push it into the future.Either LIVE PA or Vinyl DJ sets, ESP always delivers hard psychedelic tribal dance music in a way that only he does. "I get up there and play like I am playing at Mayday, Nature One or Further... In 1988 I saw Metallica in my small home town of Bismarck, ND and for the 100 of us that were there, they played like there were 50,000 screaming fans... I learned my lesson that night... give it your all every time...ESP has flown over 5 million miles worldwide performing at some of the best and worst events the techno scene has ever known. "I love this life... I love the music I play... I love the people I get to party with!" His 1000's of gigs include Mayday, Nature One, Dragon Ball, Elektromind, Rex Club, Orbit, Further, Acid Wars, Church, Eurobeat 2000, Big One, Underground Sound, Monox, Ultraschall, Tresor, Cubik, Terriakianarkisaki and many more...He plays weekly on several international radio stations and works tirelessly to create new music for the galactic consciousness.

After being surrounded by B.boys, Gravers, Ravers and Electronic music lovers at the age of 14, he decided to start DJ'ing. Its been over 15 years now and DJ FRESKO hasn't stopped combining styles of (house,ghetto,techno & latin) ever since. This makes his style unique and always "Muy Bien!"For those who unacquainted with Spanish, the Mexico City native's DJ alias means "Fresh" a name that is definitely appropriate when one considers that DJ FRESKO has come up to be virtually the only visible across the board DJ to figure in Minneaplois.As the CEO of FUS productions and has been supported by the best here in the Twin Cities Fresko continues to gain momentum in the local scene the he has helped cultivate.Currently DJ FRESKO has taken MN Twin City Night Clubs DJ of the year and you can find him weekly as the resident DJ at First Ave nightclub & 400 Soundbar.

Ragga Scum is widely known for his inhuman technical style of mixing on the decks. Getting his start in 1999 this artist is no rookie behind the turntables with his wide range of styles from tare-out/mash-up to melodic dubwise mixing. In 2006 he made his debut with his collaboration hit 'Another Champion' with long time producing partner Direct Feed on the label Hum Fi Drum. Since then, Ragga Scum has had countless releases including his remix of DJ Fresh's 'Gold Dust', the 'From The Dubplate EP' with RAW aka 6Blocc and DJ K on Dub Chamber, and his most requested tune 'Dub Assassin' off Dubpride Recordings. The worldwide chants of "NEEDS MORE RAGGA SCUM" has fueled future releases slated on Run Tingz (Serial Killaz 'Murder Ya Sound' remix), JungleX and MIA's Combat Records. His affiliations extend to also support labels such as Congo Natty, Junglexpeditions, Dub Chamber, Hum Fi Drum, and his own imprint Warlord Dubplate, while also writing for Knowledge Magazine and member of the Konkrete Jungle NYC family and the M.I.A. crew.

Drum & Disorderly is the brainchild of 3 like-minded individuals on the quest for bass driven live music. Comprised of Moeglie, MC ADB, and Somasphere's drummer, Andy Marker. The trio have a unique vision of dance music and collectively saw a gap in the market for live performance. Their sound is heavily influenced by Drum Step and Drum & Bass. Get ready for an explosive set of live DRUM AND BASS!

The Forensic|Maark duo is an obvious anomaly in the mid-western electronic music circuit. The duo has a distinct performance style that is a product of their individual and diverse musical grooming. They have lashed out on many dance floors around the US and kept it 100% ego-free. Their sound is a non-stop evolution of raw and fresh ideas ranging from melodic trance to minimal deep & percussive patterns running your senses wild and taking you to the core of your musical (monkey) psyche.

On a dance floor, not so far away.....After years of being behind the booth while countless talented Dj's destroyed dance floors, this young Jedi finally put down the flyers and decided to follow his dream. Bass heavy music was on fire, and so was Kansas City. Making leaps and bounds at an alarming rate he began to venture into his first loves, House and Electro. Bridging the musical generation gap with dirty bass lines and funky melodies, and with a solid year of experience under his belt; get ready to be taken to the light, and dark side of the force.

A veteran who has been DJ'ing fine house music for the masses for 12 years. Track selection, flawless mixing, and trickery are his weapons. WIZZO will be firing off these tracks at KC's long lost house brother, JOHNNY BRADFORD. KC born Chicago House junkie Johnny Bradford has been hiding on a rock in the middle of the Pacific way to long and is flying in just to drop some heat for yo feet!!!!!! If you like Funky, Jackin', Disco, Soulful house you will not be disappointed!

VENDINGCATALYST CARAVAN will be vending for the first time in KC at this event! They offer handmade hemp jewelry, Tye-Dye apparel, and numerous other things you will love and need on the dancefloor!GlowCessions will be in full force during this event so expect lots of Glow Toys! Please like their page!

Backpacks, glowsticks, kandi kids, kandi, candy, clubbers, junglists, house heads, bass heads, techno-holics, trance enthusiasts, anarchists, anthiests, gays, straights, all ethnicities and any all religious denominations, and hippies too! can't forget the hippie fam! bring extra patchouli and rose water cause it may get funky on the dance floor! oh and beer drinkers - are ALL welcome.

Weapons, bad vibes, markers, illicit substances and vomiting - you can leave that shit at home. Also, for the sake of everyone try to poop before you party, no one likes hitting the restrooms after you drop a deuce!

KC Tribe of Vibe"Raising the Vibration, one Gyration at a time"

Thru the Floor Productions

We are very pleased to announce our official sponsor...KIKWEAR! Please visit and like their fan page on Facebook to keep up with all the updates about their official relaunch!

We are very pleased to announce our official sponsor... 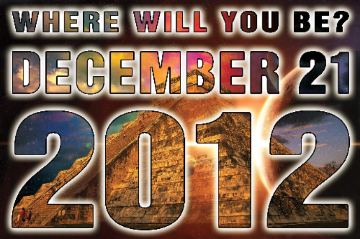