The Infamous Stringdusters are doing something right:  earning critical acclaim, awards, and nominations aplenty; hosting their own successful music festival; forging their own record label, High Country Recordings; and quickly growing and enthusiastic fan base across the country. They sound like no one else, combining virtuosic chops on five traditional bluegrass instruments, with an ethos of pushing the genre forward. The Stringdusters' live show takes improvised string band music to new places, combining musicianship and songwriting with experimental performance and contagious energy flowing between the band and crowd. And with "Silver Sky", the first studio album on High Country Recordings, the band showcases their progressive nature and proficiency in the recording studio.? 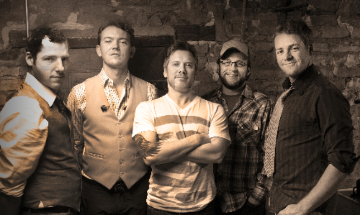