> Events in New York > The New York Rose of Tralee

The New York Rose of Tralee

The International Rose of Tralee, first founded in 1956, works to unite young women of Irish heritage throughout the world. Young women involved with the Rose of Tralee represent the commitment, intelligence, and character of role models within their communities.

The New York Rose of Tralee Center holds both social and volunteer events to help create lasting friendships and encourage a connection to our Irish heritage. Currently, eighteen lovely contestants are preparing for the competition, and getting to know each other through charitable events such as Concern's Spring Run for education in Haiti on April 14th, and helping promote a benefit to raise money for Leukemia and Lymphoma research.

Contestants this year for the New York Rose represent a variety of interests and professions, including community organizers, newspaper writers, bankers and Irish Dancers. The common bond among them all is their immense pride in Irish heritage and dedication to advancement of Irish in America.

The current New York Roses, Erin Loughran and Caitlin McNeill, will be on hand to crown this year's Rose during an evening of live interviews and musical entertainment on Sunday April 22nd at Empire Casino in Yonkers. As part of this year's event, the New York Rose of Tralee Center will also be honoring the achievements of Martin O'Grady of the Woodlawn Music and Arts House.

The winner on the evening of April 22nd will be sent to Ireland in August to represent the state of New York in the International Rose of Tralee competition. Joining other young women of Irish heritage from around the world, the New York Rose will embark on a tour of Ireland that culminates in two evenings of televised interviews. Tralee in Co Kerry will be the locale for festivals and parades celebrating not only the young women, but Ireland’s ever growing global impact and spread of culture.

Come support the Rose of Tralee and its New York center on April 22nd at Empire Casino in Yonkers. For more information and how to get tickets to attend, contact nyroseoftraleecenter@gmail.com and their Facebook page 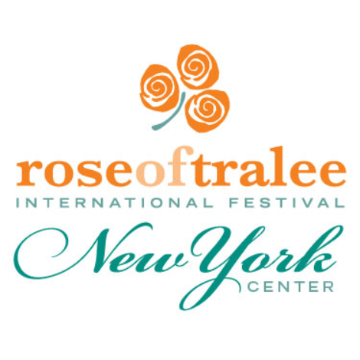