Since the group's inception in late 2007, Portland Cello Project (or, PCP, as their fans affectionately call them), has wowed audiences all over the country with extravagant performances, mixing genres and blurring musical lines and perceptions wherever they go. No two shows are alike, with a repertoire now numbering over 800 pieces of music you wouldn't normally hear coming out of a cello. Cello Project's stage setup ranges from the very simple (4-6 cellos), to the all out epic (which has included 12 cellos playing with full choirs, winds, horns, and numerous percussion players). 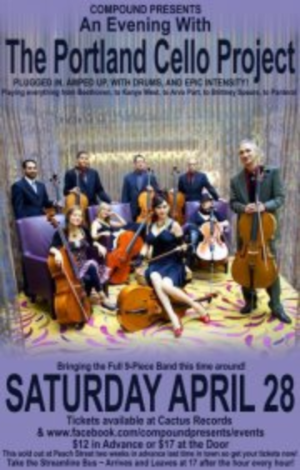