Benjamin and Stephen Lynerd in Concert

Benjamin and Stephen Lynerd present a concert containing material from their new album as well as other great music.

An evening of sacred and non sacred jazz, original compositions, and arrangements of works from the likes of Shawn Maxwell, Jonathan Gilley, and others. Come be a part of a great evening of music.  The concert will also be filmed in HD for a Live concert DVD.

About Benjamin and Stephen:

Born and raised in New York, Stephen completed a M.M. in Music Performance from the University of Maryland, College Park. During a pursuit of Doctoral work in New York, Stephen picked up and moved to Dallas, TX where he worked in the music ministry of a large church and founded The Jazz Package, a versatile collection of musicians who still work together today. Following some time in California, Stephen settled in Chicago, where he continues to work at First Baptist Church of Downers Grove as music director, and also works as a freelance musician and recording artist. 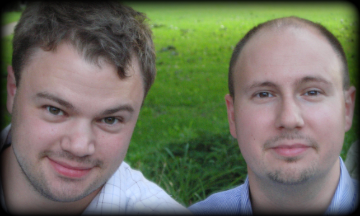