When three high-flying musicians get together for the first time the results can be unpredictable. In the case of The Aristocrats a true supergroup was born. Guthrie Govan is arguably the world's hottest guitarist right now. Known for complete mastery of the guitar, Govan's high profile earned him the July, 2011 cover of Guitar Player. Bryan Beller seems to be everywhere in the bass playing world from the Mike Keneally band to his solo career, to touring with Steve Vai, and Dethklok, the tongue-in-cheek extreme metal band born of the hit Cartoon Network "Adult Swim" show Metalocalypse. Marco Minnemann is considered by peers and fans as one of the most gifted, innovative, cutting-edge drummers on the international music scene today having toured with Adrian Belew, Paul Gilbert, Steven Wilson, and Necrophagist. Here's your opportunity to catch a rare glimpse of three bona fide virtuosos together on stage! 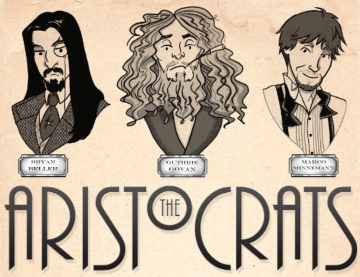