The CARD Foundation is excited to announce its second annual fundraising concert to benefit the Center for Asbestos Related Disease (CARD).  The Internationally known country super group, Sawyer Brown, and Spokane-based, Troubadour, will be performing in Libby on Saturday, July 14th, 2012, at 8:30 pm at J Neils Park.  Gates will open at 5pm, with the opening band taking the stage at 7:30pm.

Formed in 1981, Sawyer Brown continues to make great country music and has recorded 23 albums. Sawyer Brown may be known best for their hits such as, “The Walk,” “The Dirt Road,” and “Drive Me Wild,” but it’s their newest release “Travelin’ Band,” from their new CD that has them most excited. The band’s new CD begins with a song about not giving up titled, “Aint Goin’ Out That Way.”  Known for their high-energy performances, Sawyer Brown prides themselves on being a band about their fans which concert goers will experience this July.

Although Troubadour hit the Spokane, WA, music scene only a couple of years ago, they stand out as one of the most upbeat and just plain fun bands to watch.  Featuring five powerhouse musicians including former Libby resident Megan Wedel, Troubadour will kick off the concert, and follow-up after Sawyer Brown’s performance with a dance.

All proceeds from this event will go to the CARD Foundation, the fundraising arm of CARD, to support CARD in its ongoing efforts to provide healthcare, research and outreach to benefit all people impacted by exposure to Libby Amphibole Asbestos. 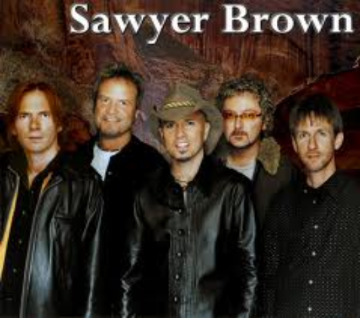