Climb. Ride. Slide. Fly. Fight For Your Environment. Inspire. Go Higher Than You've Ever Dared To Go. Journey into the imagination.

Behold the idealized beauty, carved by unbridled passion, at the first annual Adventure Film Festival World Tour Show in Lafayette hosted by Pack and Paddle. The show starts on March 3rd, 2012 at Pack and Paddle.

The show starts at 6:30 pm. Tickets are available here online, and at the Pack and Paddle store.

(See the full list of films that will be showing on March 3rd below.)

The Adventure Film Festival World Tour shares an expereince through the eyes of award-winning filmmakers, extreme athletes, and adventurers take a rite of passage to live out your deepest desires in nature’s most mysterious and enchanting kingdoms.

Kayak through the deepest, darkest heart of the Congo, then take flight for five days in a tree canopy without ever coming down, see letters to your children of the future of our world come to life with awe-inspiring art and original scores, and discover how cold true cold can be on the highest summits of peaks in Pakistan in the winter. Dedicated to all aspects of adventure, from the fearless eco-warrior, to the alpine adventurer, all around the world and back again to our Boulder backyard, this year's World Tour premieres the most exciting and inspirational award-winning independent films that ignite a passion for travel, discovery and change.

Over 40 of the highest caliber films handpicked by the Adventure Film Selection Committee from over 200 entries submitted in a dozen countries will be featured this year. The eclectic lineup features exploration, surfing, climbing, biking, skiing, as well as films that tackle environmentalism, global awareness, and social issues.

We believe in the power of the story, especially the narrative of adventure and awakening, to change and challenge the world we live in. Please join us this year as we dedicate this festival to inspiring the individual, affecting change on a global level, and providing a sure fire way to make your own legends.

The Dark Side of the Lens - Directed by: Mickey Smith

Of Forests and Men - Directed by: Yann Arthus-Bertrand

Towers of Ennedi - Directed by: Jimmy Chin and Renan Ozturk 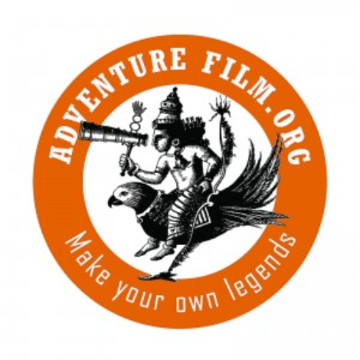