Italian Tenor, Pasquale Esposito, makes his debut appearance with "IL TEMPO" in Palm Springs at the Annenberg Theater at the Palm Springs Art Museum on Sunday, April 15, 2012 at 7:00 P.M.

Accompanied by his band of stellar musicians, Pasquale will take his audience on a journey of time and highlight some of the songs that have greatly influenced him as an artist.  Music will span from 1880 until 2011.  Enjoy a taste of broadway, Opera, and traditional American, Italian, and Spanish standards on this unforgettable, musical journey through time.

Pasquale was born in Naples, Italy and immigrated to the United States in 1998.  He pursued his passion for music by completing his degree in Music at San Jose State University.  He specialized in vocal performance ~ Opera. He has had the great honor of performing at many of the most prestigious performing art venues in the world accompanied by acclaimed orchestras.

Aside from touring internationally, Pasquale has released several recordings which have highlighted his incredible diversity as a vocalist.  From his love of the Great Opera Arias to the American, Italian, and Spanish standards, Pasquale delivers songs in his unique pop-opera style that sets his warm tenor voice aside from all. Many songs from his latest release: "IL TEMPO" will be performed. 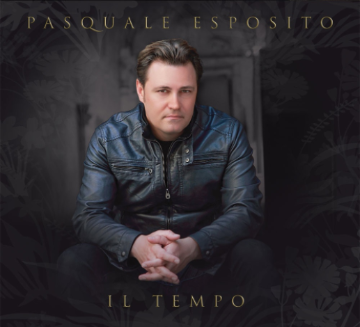