SUGAR VIRUS is having their 20yr Anniversary show with 5 other bands on Friday February 24th 2012, at the venue "THE 567" in Historic downtown Macon G.A.

There will be a releasing of the 20yr Anniversary boxset at this show and showcasing the new SUGAR VIRUS album for release at the end of 2012.

Opening acts will be: 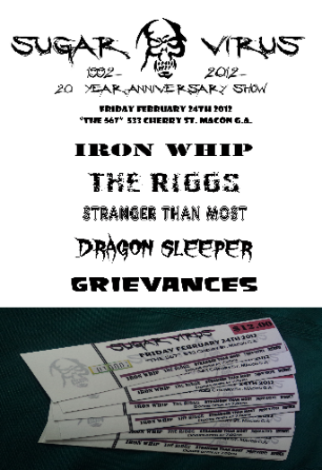