> Events in New York > Tramps Like Us @ ULYSSES FOLK HOUSE


STONE STREET SESSIONS @ ULYSSES FOLK HOUSE WELCOMES THE BAND AND IT'S FANS TO THIS GREAT VENUE on SATURDAY OCTOBER 21st, 2017. 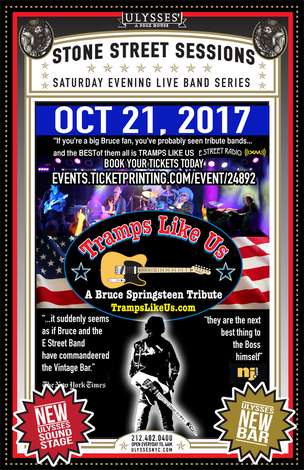