A special and rare and intimate evening to experience the music of a master and living legend of the Indian Sarode followed by dinner and meet and greet with the artists.

Reservation of tickets is required
Student tickets prices and discount prices for professional musicians and other artists are also available.

This concert will be held at a private home with dinner and drinks included with ticket price so seating is only limited to 50 persons
So please book your tickets to take this rare opportunity to experience an enchanting evening of music.
Aashish Khan
(born 5 December 1939) is an Indian classical musician, a player of the Sarode. He was nominated for a Grammy Award in 2006 in the 'Best World Music' category for his album "Golden Strings of the Sarode". He is also a recipient of the Sangeet Natak Akademi Award.
Ustad Aashish Khan's well-known grandfather Alauddin Khan, was a royal court musician and initiated Aashish Khan into music at the ripe age of 5 with years of vigorous training under Aashish Khan's famous father Ali Akbar Khan.

An Austin World Music award winner, a nominee of the 2008 US Artist Award and the 2014 nominee of the prestigious German world music award in the European Charts, Rajamani has toured internationally and has recorded and performed with artists wide-ranging in style including Gypsy Kings, Willie Nelson, Edie Brickell, L. Shanker, Eric Johnson, Jeronimo Maya, Tomasa La Macanita, Paravai Munniamma, Dotschy Reinhardt from the Django Reinhardt family amongst many other international artists. He has been a featured artist on the NPR BBC radio amongst numerous other radio, TV stations and magazines.

Gourisankar
a leading tabla Maestro of the present generation. He is an A grade artist of All India Radio and Television. He has toured internationally for the last 24 years and has performed with many eminent musicians. In 2008 he established the School of Indian Percussion and Music in Austin, Texas where he regularly teaches. His playing styles reflect a unique combination of the Farukhabad, Punjab and Delhi schools of tabla playing. He has accompanied eminent artists such as Pdt V.G. Jog, Pdt A.T. Kannan, Pdt Muneswar Dayal, Pdt. Manilal Nag, Lakshmi Shankar ,Ustad Shahid Parvez,Ustad Shujat Khan,Pdt Buddhaditya Mukherjee,Ustad Aasish Khan,Pdt.Tejendra Narayan Mazumdar, Pdt. Kushal Das and many more 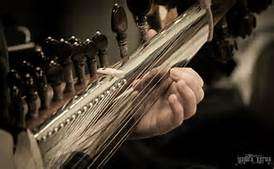