The event takes place at the SUNY Delhi campus, Farrell Student and Community Center.
All attendees are held liable to the SUNY Delhi Student Code of Conduct at all times while on campus, regardless of student status.


Boston's Sammy Adams caused quite a stir in 2010 when his debut album
topped the online hip-hop charts the week of its release. Samuel Adams Wisner
was a senior at Trinity College in Hartford when he decided to inject some
attitude into Asher Roth's hit "I Love College." With the results posted online
under the name Sam Adams, his answer song, "I Hate College," made the
rapper an Internet star in 2009.
On the strength of his independently released album "Boston's Boy," and
mixtapes like "Party Records" and "Into the Wild," Sammy built through touring
colleges and clubs across the country, and signed with RCA Records in 2012.
Since then, the singer, songwriter, and producer has been in the studio with such
collaborators as Pharrell Williams, Ryan Tedder, Mike Posner, Bei Maejor, Supa
Dups, Afrojack, Matty Trump, and Vinylz, and others, working on his debut
album.
"Pharrell gave me the best advice about making an album," Adams says. "He
said, 'Just be in the moment with your songs because if you try to write a song to
be a hit two months from now, the culture can change.' I'm really just trying to be
true to myself and carve out my own lane. That's what all my favorite artists have
done."
It's with that joy and energy that Adams approaches his career as a pop artist. "I
want to make music that's universal, that anyone can relate to," he says. "I've
had my biggest success so far with pop songs and it has inspired me to write
super-catchy hooks that people can jump up and down to. It feels authentic to
where I am creatively at this point and I'm excited to continue to explore and play
with this kind of music."
Contact Event Organizer 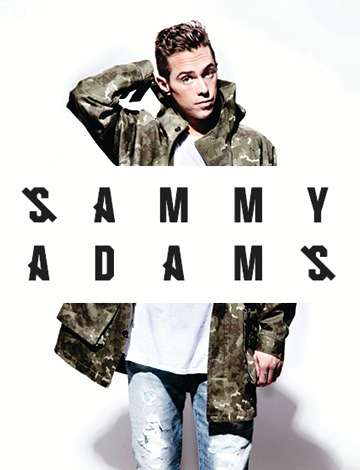