For this year's screening, we were able to rent both the upstairs and main floor so it will be easier to hear the emcee and film soundtracks!  Also, we are opening the upstairs at 6:00 pm for dinner and drinks before the show.

Prizes will be raffled off during intermission
The first 50 people (over 21) will get a free pint of New Belgium Beer!

Rapid Media's 12th annual Reel Paddling Film Festival showcases the world's best paddling films to audiences in Canada, United States and around the world. The festival inspires more people to explore rivers, lakes and oceans, push physical and emotional extremes, embrace the lifestyle and appreciate the heritage of the wild places we paddle. The films that we will screen haven’t been selected yet but will likely include kayaking, canoeing, rafting, SUP and other outdoor adventure and conservation themes.

The Reel Paddling Film Festival is a film contest awarding winning films in 10 categories. The winners and other shortlisted films are then toured to more than 100 cities around the world, screening for an audience of more than 30,000 outdoor adventure enthusiasts and their friends and families. The Reel Paddling Film Festival is produced by Rapid Media. Rapid Media also publishes four leading paddlesports magazines: Rapid, Adventure Kayak, Canoeroots and Kayak Anglermagazines. Your ticket to a Reel Paddling Film Festival World Tour stop includes a free one-year digital edition subscription to any/all four of the above magazines. Special offer details are available in your evening program.
Contact Event Organizer 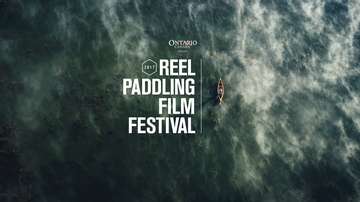