Psychic Phil Jordan at The Estate

Each guest will be guaranteed a reading by Phil Jordan and elect to ask questions.
Logan Ridge Estates
Hector, New York
Selected Tickets

Location | Logan Ridge Estates 3800 Ball Diamond Road | Hector, NY 14841Date | Sunday, October 23, 2016
Time | 2:00 PMAvailability | Only 20 tickets will be sold to ensure all guests have an opportunity to interact with the psychic. There will be a reading period and a question and answer period for those who would like specific questions addressed.About Phil Jordan:

Phil Jordan graduated from Corning Community College in 1970 with an Associates of Arts Degree in Humanities and Social Sciences. He also attended the State University of New York at Brockport where he graduated in 1972 with a Bachelor of Arts degree in Secondary Education, majoring in High School Spanish. In 1990, Phil successfully completed his requirements for a Master’s of Science in education degree from Elmira College. His thesis work was in the role of funeral service in the grief process. Phil is Pastor-in-Charge of a small country church, the Caroline Center Church, in Caroline Center, NY, after having been ordained in 1988 as a non-denominational Inter-Faith Minister. He graduated from the prestigious Simmons School of Funeral Service in Syracuse, NY in 1988 and passed the requirements to be licensed as a New York State funeral director in 1989. A Testimonial of Phil's psychic ability occurred in 1975, when a six-year old boy became lost in the dense woods of Upstate New York during a fierce August thunderstorm. Individuals who remembered Phil Jordan's gifts recruited his assistance. Within one hour after beginning his search, Phil successfully led a search team to the frightened little boy who had been missing for 17 hours. Phil used a map he envisioned the night before, and his mental capabilities to locate Tommy Kennedy, safe and alive, after two hundred searchers were unsuccessful in their attempts. Phil totally credits the event of August 4, 1975 to his psychic ability. A short time thereafter, the Tioga County Sheriff had him sworn in as a Deputy to assist in other cases. He graduated from New York State Municipal Police Training Academy in 1976, and continues to work with the police agencies in all levels of government across the country. His cases include missing persons, homicide, and arson. His investigative skills and unusual abilities have earned him respect throughout all the consulting police agencies. Many of his accomplishments and successes have been documented in television episodes on Court TV/Tru TV, Biography, A&E and other major networks, in the United States, Canada, Great Britain, Europe and Africa. 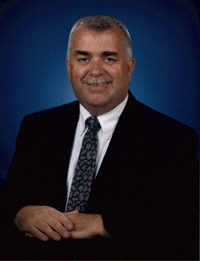