Two champions bring the heat in this amazingly anticipated bantamweight bout, as "Brutal" Johnny Bedford's final fight before signing with the UFC defends his belt against the "Hurricane" Mike Hernandez!  You will NOT want to miss this one in a life-time event!

WXC proves yet again why we are one of the best promotions in the Mid-West!

For more go to www.wxcmma.com 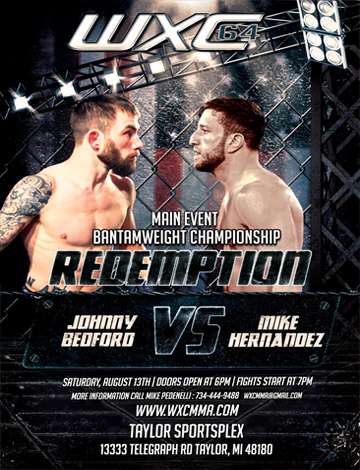