> Events in Florida > Beebs and Her Money Makers

Beebs and Her Money Makers

About BEEBS AND HER MONEY MAKERS
With the kazoo-wielding songstress Beebs as their fearless leader, BaHMM is taking audiences by surprise with their high-energy performances and unapologetically ridiculous media content. They are a refreshing blend of psychedelic ska, sassy funk and soul.
BaHMM were discovered by legendary promoter Kevin Lyman and asked to join the Vans Warped Tour 2013. As they performed all 50+ days of the summer, Beebs and Her Money Makers were filmed for the 2nd Season of Warped Roadies on the FUSE Network. This summer, BaHMM made their triumph return to the Warped Tour 2014 on a bigger stage and riding on a much bigger wave.
Since Warped, BaHMM has toured with Reel Big Fish, Goldfinger, Suburban Legends, Five Iron Frenzy, Beautiful Bodies and This Magnificent. Reel Big Fish’s Aaron Barrett also produced BaHMM’s EP in October, and produced their full length album this past April. BaHMM was also featured on an episode of Travel Channel’s RV Kings which goes into production on May 8th.
Shared stage with:
Reel Big Fish, Goldfinger, Willie Nelson, Donovan Frankenreiter, Dirty Heads, Pepper, Cypress Hill, The Original Wailers, Zach Deputy, Keller Williams, The Lee Boys, BadFish, Dumpstaphunk, 100 Monkeys, Bobby Lee Rodgers, Big Bad VooDoo Daddy, Perpetual Groove.
Festivals:
Vans Warped Tour, Sublime, Wanee, Bear Creek, Magnolia Fest, Black Water, Orange Blossom Jamboree, Florida Music Festival.
http://beebsandhermoneymakers.com/
About LINDSAY PERRY
LINDSAY PERRY: L.O.V.E. “Just when you think you know all there is to know about someone, you find out something new, something surprising, and often something awesome about them. Such was the case for Lindsay Perry. A longtime regional surf team rider for Nixon, Lindsay has been a friend of the brand since she was just a grom. While we knew she had skills in the water, the more time Lindsay spent around Nixon’s headquarters in Encinitas, CA and on Nixon team trips, we learned about her other hobbies as an artist and musician. Hard at work in the studio for the last year, Lindsay’s musical talents are showcased on her recently released debut album, L.O.V.E. Get ready to expect a lot from this old soul.”
http://lindsayperry.tumblr.com/
About MILKA
This female fronted band is rocking the scene with powerful driving music and super high-energy stage performances to match. The unyielding power of lead singer Milka Ramos's vocal ability makes the music richly undeniable as fans of all genres eat it up! MILKA successfully transcends all space and time and this is clearly only the beginning.
http://milkarocks.bandcamp.com/ 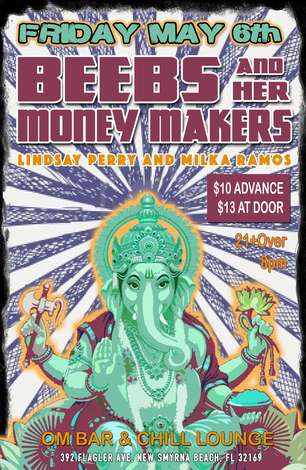