The highland games revolve around athletic and sports competitions. Though other attractions are part of the festivities, many consider Highland athletics to be what the games are all about. Athletic events such as Tossing the Caber, Putting the Stone, and the Hammer Throw are forerunners of modern track and field events.

Other attractions at our games are: vendors of Gaelic items, food of the culture, Celtic music, dancing, and piping competitions, and of course, the pipe bands.

The Avenue of the Clans provides a chance for all to inquire into their own ancestry and the Gaelic peoples.
Contact Event Organizer 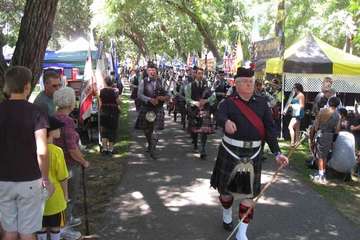