The cast includes tenor Cody Austin as Lt. Pinkerton, who is seeking a temporary wife while he is in Japan:  Kyle Albertson as the American consul  who senses the tragedy that lies ahead; Kimberly Sogioka, as Suzuki, Cio-Cio San’s servant; and Julius Ahn, as the Marriage Broker.  Sung in Italian, with super-titles in English, the new production is designed by Bart Healy and built by local Master Carpenters Arthur Cherro and Alvin Rintala of Aurora.

With beautiful costumes and a full orchestra in the pit, this wonderfully lyric work, filled with emotion, humor, and ultimately, great tragedy, will engage audiences. Bring your handkerchiefs. 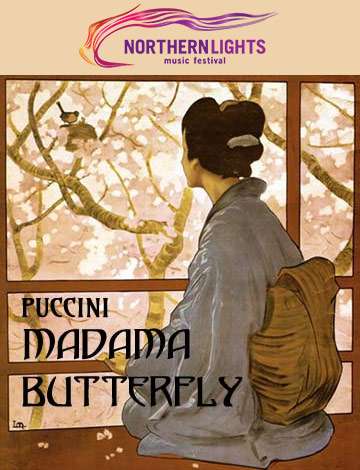