Join us for an extraordinary evening with Israeli superstar singer, songwriter, producer, Idan Raichel.
Follow us on Instagram @idan_raichel_concert_jericho

We'll also be donating a portion of the proceeds to the family of 15 year old Eden Dadon, who along with her mother Rachel, was seriously injured in the terrorist attack on the No. 12 bus in Jerusalem on April 18, 2016.

Let them know that they are not alone!

Idan will perform solo, playing his greatest hits and songs from his latest album entitled "At the Edge of the Beginning"!

SOLO at the City Winery in NYC and

with his group, THE IDAN RACHEL PROJECT in Tel Aviv.

In 2003, Idan Raichel was catapulted from obscurity to fame when his breakthrough song "Bo'ee," with its entrancing blend of Ethiopian voices and lush global pop, took radio by storm. Almost overnight, The Idan Raichel Project, a collaboration of over 95 musicians of diverse cultural backgrounds, became a top-selling band and a symbol of the power of music to bring people together.

The Idan Raichel Project quickly became a worldwide phenomenon, traveling the globe and bringing their inspiring example and soul-stirring music to some of the planet’s biggest stages. The Idan Raichel Project has become a global ambassador representing a hopeful world in which artistic collaboration breaks down barriers between people of different backgrounds and beliefs.

Idan's latest album, Ha’Yad Ha’Chama, entitled At the Edge of the Beginning internationally,  represents a turn inward for the global music star; an opportunity to take stock of the past, ponder love, life and family and imagine what will truly be important to him in years to come. Now the father of two baby daughters, Raichel is focusing on his personal life.

“This album has been a way for me to find myself, to come to terms with the fact that I am now part of a close family,” notes Raichel. “I’m not here for just myself anymore; I’m here for my daughters.”

“I hope this album will enable me to go on stage, me and a piano, and to tell the audience stories, inspirational thoughts, and just sing songs.  I think that this is the ultimate way to be an artist, when you’re forced to depend on yourself and on your soul.”

Idan will perform solo, playing his greatest hits and songs from his latest album! 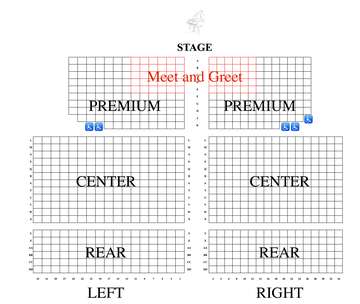