Have you ever wondered what it takes to work New Japan Pro Wrestling?

Lance will run a clinic/seminar for anyone interested. He will answer question about the journey, the business and the personalities he has crossed paths with, wrestling fundamentals and ring work.

Lance will also be working in Superior WI. the following evening  for the top northern MN. company Heavy On Wrestling.   Go to Heavyonwrestling.com for tickets.

We will open 10 spots for the camp.
Camp starts at 6pm and goes until 8:30...Unless it goes later.  Friday April 6th
Location 3449 2nd Street North, Minneapolis MN. (Between Lowry and Dowling, on the East side of Hwy 94 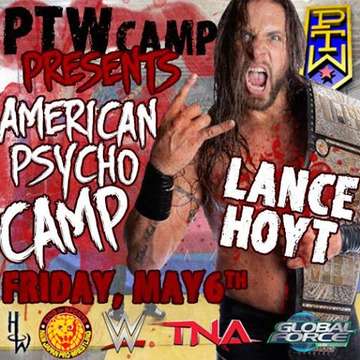