Tickets are also available at Conley's Books & Music in Livingston.

You won't want to miss this rare opportunity to see world-class gypsy jazz played in an intimate concert setting.  The music of Tim and Sam is technically brilliant, fun, charming, and inspiring. Classically trained and widely regarded as Stéphane Grappelli’s heir, regularly on tour with the fiery European gypsy guitarists, Tim Kliphuis is a highly personal and inspiring performer, composer and educator.  The 2013 winner of the Scottish Jazz Award for best International, Tim Kliphuis maintains a busy touring schedule as the top performer and teacher of gypsy jazz violin. His electrifying performances and remarkable audience rapport have made him a firm favourite on the festival scene: he appears regularly at the American Djangofests, Samois-sur-Seine and Liberchies festivals and collaborates with top gypsy guitarists Stochelo Rosenberg, Paulus Schäfer, Dorado Schmitt and many others.
“Prodigiously talented, fearsomely fast and fun”
- Time Out“One of the world's finest fiddlers”
- County Times“Playfully inventive and technically brilliant”
- Scotsman“The foremost ambassador for the music of Grappelli” - The Strad Magazine

Sam Miltich is a Jazz guitarist born and raised in the woods of northern Minnesota. He is a musician by profession and plays regularly in the Upper Midwest as a soloist and with his band, Sam Miltich and the Clearwater Hot Club. In addition to the Jazz Manouche style of legendary Roma guitarist Django Reinhardt, and American straight ahead jazz, his musical interests include Brazilian choro, French musette, Eastern European tamburitza, and other forms of traditional folk music.  By the time he was eighteen he was touring with the Robin Nolan Trio in the U.S. and Europe. He would later join Paul Mehling's Hot Club of San Francisco for two years before starting his own band, the Clearwater Hot Club.  Sam has since performed across the U.S. with this band.  He has also played in Canada and Japan. Some highlights of his career include being featured on National Public Radio's “Weekend Edition,” performing for Garrison Keillor's A Prairie Home Companion, performing at the First Annual Ginza Jazz Festival in Tokyo, performing at New York's Lincoln Center, for the commemoration of the 50th anniversaryof Django Reinhardt's passing, and performing with legendary mandolinist David Grisman. 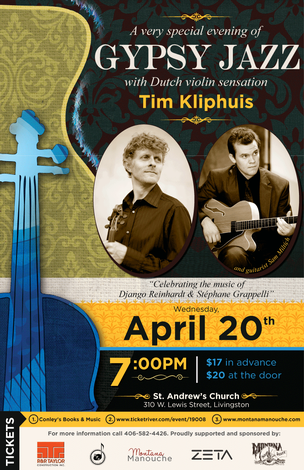