Online ticket sales have ended. Additional tickets will be available at the door for $15

Rapid Media's 11th annual Reel Paddling Film Festival showcases the world's best paddling films to audiences in Canada, United States and around the world. The festival inspires more people to explore rivers, lakes and oceans, push physical and emotional extremes, embrace the lifestyle and appreciate the heritage of the wild places we paddle.

First 50 people (over 21) will get a free pint of New Belgium Beer!

All of the proceeds of this event will be donated to American Whitewater, a national non-profit organization with a mission “to conserve and restore America's whitewater resources and to enhance opportunities to enjoy them safely."

Online Ticket sales end at 11PM on Tuesday, March 22 (the night before the event)

Cash only at the door. ATM located nearby. 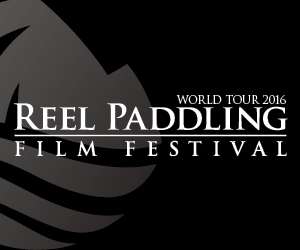