Rodgers + Hammerstein’s Cinderella is the new Broadway adaptation of the classic musical. This contemporary take on the classic tale features Rodgers & Hammerstein's most beloved songs, including “In My Own Little Corner,” “Impossible/It's Possible” and “Ten Minutes Ago,” alongside a hilarious and romantic libretto by Tony Award nominee Douglas Carter Beane as well as some new characters, and surprising twists.

On show night doors will open at 6:15 PM and pre-show entertainment will begin at 6:45 PM. so arriving a little early to claim your seat will allow for enjoyment of the orchestra and pit singers. Doors will close at 7:20 PM and the performance will begin at 7:30 PM.

NO REFUNDS, NO EXCHANGES, ALL SALES ARE FINAL!

Tickets may also be purchased at the door the night of the event for $12.00. 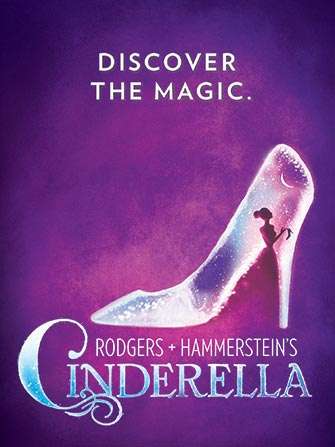