(SHADOW HILLS) -- Led by high-flying, record-breaking, aerial artist James Calhoun Jr., the three-time champion SoCal Coyotes (7-1) look to extend their winning streak to eight games at home against the California Golden Bears (Saturday, October 17, 7 pm) and one of the most talented team ever assembled in the desert will be on full display.

The Coyotes are enjoying a 'Miracle Season' after devastating injuries and an opening day loss nearly ended their amateur fall schedule over two months ago. Reassembled with a brilliant array of rookies, free agents and spare parts, and with once-injured stars now healthy, the never-say-die Coyotes have ignited into the most explosive team in the nation.

Calhoun is enjoying a brilliant, entertaining, and simply unstoppable season. Three times he's topped 200 yards receiving in a single game, with 1,140 yards and 18 touchdowns on the year. The enormously gifted wideout, return man - and even occasional defensive back - leads the league in receiving, yards per catch, and touchdowns, and is a threat to score every time he touches the ball, from anywhere on the field.

Running back Warren 'Lil' Train' Matthews - the 2014 Indoor Football League Rookie of the Year - has 584 yards on 47 carries, for an average of 12 yards per carry. He has the Coyotes first 1,000-yard rushing season in his sights, and with 33 yards, will break the club regular-season rushing record of 617 yards against the Golden Bears.

Defensively, Arizona State pass-rusher Jake Sheffield is enjoying his finest season. He entered the 2015 fall campaign as the Coyotes all-time sack leader with 16, and has nearly doubled that number with a league-leading 13 sacks on the year. Sheffield leads a Coyote 'Darkside Defense' that is wall-to-wall with stars, leaving opponents unable to focus on any single threat. The complete linebacking rotation of Ryan Pervine, Will Hoglund, Cade Cowdin, Gary Young, Robert Caldwell, and Jerimiah Spicer is a dream team, and defensive end/tackle David Williams has 15 tackles for loss and 9.5 sacks. 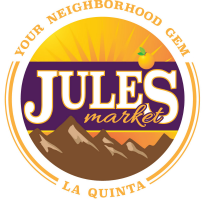