Welcome back for our Third Annual Comedy Show!  After two successful and highly entertaining shows we figured we had to go bigger and better for this year!

On October 23rd we are pleased to announce that Nick DiPaolo will be headlining our show.  His honest and acerbic comedy has made him a sought after voice on stage, television and radio for years and earned him two Emmy Nominations for writing. Di Paolo’s career took off after he appeared on “HBO’s Young Comedian Special”. He has since written and performed four standup specials and four CDs. The most recent standup effort being a one hour Showtime special entitled “Raw Nerve”.
He was a regular for the whole two year run of “Tough Crowd with Colin Quinn” and became a staple on the Comedy Central roasts. Other notable television and film credits include “Louie”, “Lucky Louie”, Artie Lange’s “Beer League” a guest starring role on “The Sopranos” and “The Chris Rock Show”, where he was a writer for two seasons as well. Writing credits also include the 77th Annual Academy Awards and the MTV Music Video Awards.
For years he has been a favorite guest on radio shows including “The Howard Stern Show”, “The Opie and Anthony Show” and “The Dennis Miller Show” to name a few. He also hosted “The Nick Di Paolo Show” in New York City in 2007 and “The Nick and Artie Show” from 2011-2012.
Nick Di Paolo is probably one of the most authentic voices whether on or off stage. He’s referred to as a comic's comic because there are no facades, no act. It’s all Nick Di Paolo, all the time.

THERE WILL ALSO BE 50/50 SALES AS WELL AS SOME FANTASTIC PRICES TO BE AUCTIONED OFF!!!

This promises to be an excellent night of comedy! 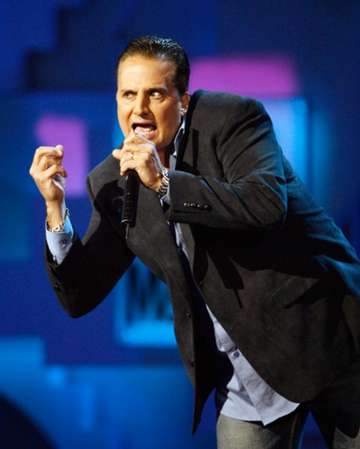