This Friday "Original Mechanical Mouse" from Rockford, IL is opening for a touring band from Dayton Ohio called "Starving in the Belly of the Whale" They are a folk-indie band and have been around since October 2009. Ricky Terrell : Vocals/Guitar/Harmonica and Lacey Terrell : Vocals. They claim inspiration from -Velvet Underground -Elvis Costello -Billie Holiday - Bob Dylan and Tom Waits, and have several full lengsth albums on their website. http://www.starvinginthebellyofthewhale.com/

"Original Mechanical Mouse," although a solo act, is not a traditional folk musician. He has hundreds of songs and has been compared to Bon Iver, Fleet Foxes, Neil Young, and Jason Molina. "Mouse" as his dearest friends call him, plays a few dozen shows a year. He has an EP that was accepted on Pandora and is recording a new album entitled "It's Been a While" with "Uvulittle Records" Internationally know broadcaster and radio personality Alan Cross has had a webpage up in support of Mouse for almost three years.

Recently Mother Fools sold out a show featuring Stefanie Rearick, Monica Martin, and Lars Ulvang of the Grammy winning band the Lumineers. This is OMM's fourth performance at the local legendary coffeeshop. Mother Fool's owner, Jon Hain is really great about putting together shows for his customers and friends. Anyone attending this show will have a great time.

Alan Cross is an internationally known broadcaster, interviewer, writer, consultant, blogger and speaker. In his 30+ years in the music business, Alan has interviewed the biggest names in rock, from David Bowie and U2 to Pearl Jam and the Foo Fighters. He’s also known as a musicologist and documentarian through programs like The Ongoing History of New Music. 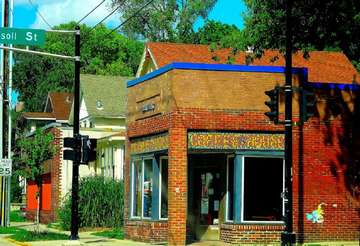