Randy Jackson of Zebra in concert

Randy Jackson of Zebra will perform his cd Empathy For The Walrus as well as other classics, including songs from Led Zeppelin, Rush, Pink Floyd and his own from ZEBRA.

Randy Jackson of the band "Zebra" takes the stage with an intimate acoustic performance at the Bayfield Performing Arts Center at Bayfield High School.

Randy will be performing music from his tribute to the Beatles, “Empathy for the Walrus - Songs of Hope” released in 2014 on Red River Records PLUS the music of Led Zeppelin, Pink Floyd, Elton John and of course Zebra.

Randy Jackson's parents took him to see The Beatles in 1964 and he cites that concert as the event that compelled him to a career in music. His voice covers a wide range of influences from Jim Morrison to Robert Plant.

In 1977 New Orleans native Jackson with his band Zebra relocated to Long Island where they would launch their recording career. Capacity crowds demanding airplay from radio station WBAB led to a record deal with Atlantic Records in 1982. Their first record sold 75,000 copies in the 1st 10 days setting a record as the 'fastest selling debut album' in the history of Atlantic Records. The album went on to sell over 800,000 copies.

In 1989 Randy joined the original "Jefferson Airplane" for their final reunion tour.

Zebra’s MTV videos include “Who's Behind The Door”, “Tell Me What You Want”, “Wait Until The Summer's Gone”, “Bears” and “Can't Live Without”.

For the past 20 years Randy has performed with Orchestras all over the world doing the Music of Led Zeppelin, Pink Floyd and The Doors. These shows have been sellouts in both Denver and Colorado Springs.

Randy’s first performance at "Bayfield Performing Arts Center" is on September 12, 2015 at 7 PM.

At the concert, Randy will play songs ranging from the Beatles, Led Zeppelin, Rush, The Doors, Pink Floyd and of course, Zebra.

There will be no concession stand.  Please leave food and drinks in your car.

Photography and video will be allowed. 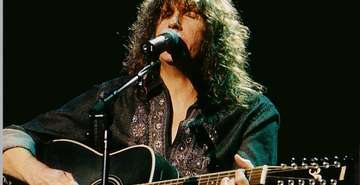