The Comedy Cabaret is a monthly Stand-Up Comedy show Hosted by Dave Code at The Charlotte room (19 Charlotte St.). It is a PWYC event and in return will provide a fun, comfortable atmosphere with tons of riotous laughter!

The next outstanding show is Monday March 23rd at 8pm. The Comedy Cabaret offers a Laffy Raffy Raffle. To enter all you have to do is RSVP/Join this event, and then on the night of show, be present in the flesh and your name will be entered into a draw for free beer! (DISCLAIMER: If you’re not there when we draw your name you forfeit your mouth-watering super-thirst quenching beer. Also must 19 years of age or older to enter).

The place to be this month is at The Comedy Cabaret’s glorious night of comedy and FREE BEER!

**It is recommended to show up at least 15 minutes early to ensure a prime spot to watch the show.**

Sohail Chatur is the Executive Producer of Crooked Sword Comedy. Based in Waterloo, Ontario, Sohail has made it his goal to bring laughter to the city. He produces many shows in the KW area, and as a comedian, was featured on the Dark Comedy Fesitval Tour and the Once Upon a Brown Comedy Tour.

Don’t be frightened by Mike’s long hair and biker moustache, he’s a normal person just like you and I – only hilarious. Unlike a lot of other comedians who tell jokes about normal every day experiences, Mike doesn’t lead a normal everyday life. With an uncanny ability to pick the wrong friends, Mike often finds himself interacting with people in a sector of society most people are fortunate enough to never see – or have the common sense to avoid. Whether Mike’s doing a ride along with a leg breaker for a loan shark, hanging around with giants, midgets, strippers, ex-convicts and future ex-convicts, one thing’s for sure – this is one act and stand up comedian that you will want to see again and again.

Allison Dore is a teller of jokes, a writer of words and an actor of parts. She co-hosts the show “Ward and Al” on SiriusXM Canada Talks channel 167, every day from 10-Noon.

Joel Buxton is a Toronto-based writer, stand-up comedian, sketch performer, and songwriter,who also finds a little time on the side to eat pizza and drink pop. He has performed in NXNE, JFL42, was a competitor in the 2010 Brantford Comedy Festival “Rising Stars Showcase,” a two-time finalist in the “Toronto Comedy Brawl,” and performed in Niagara Falls as a finalist in the “YouDiscover Talent Search” series. He has appeared on Country Music Television’s “Hit or Miss,” and ‘CMT Select” as a panelist. He also co-produces a weekly stand-up comedy show at Comedy Bar called “Chuckle Co. Presents, 9:30pm on Wednesdays at Comedy Bar, and at @ChuckleCo on Twitter.

Marc Hallworth is an actor, comedian, writer, director, teacher, and improviser from Calgary, Alberta. After doing years of theatre and independent film projects, he began doing stand-up and improv in Calgary in 2006. He moved to Toronto in 2009 to do the Humber College “Comedy: Writing & Performance” program, performing at Yuk Yuk’s, the Rivoli, the Comedy Bar, the Second City, the NXNE and YYComedy Festivals, and was a semi-finalist in the 2013 Toronto Comedy Brawl.

Upon graduating, he won the Billy Crystal Sketch Award and the Mark Steven’s Independent Producing Award. He is an improv tournament champion at both the Toronto Beerprov Draft and TheatreSports Micetro, produced the improv tournament The ChapShtick Comedy Challenge at the 2015 Festival of New Formats, and helped produce and perform at the first ever Calgary Improv Festival. He’s appeared in the Canadian film The Cocksure Lads and the revue Hey 90s Kids, You’re Old at the New York Frigid Festival, appearing in an article in New York Times. Marc produces three comedy shows, Siren’s Comedy, Drop & Give Me 20, and The Vest Show in Town with his sketch troupe Vest of Friends, winners of the Runner-Up Best-of-the-Fest Award at the 2014 Montreal SketchFest, the Producer’s Pick Award at the 2011 Toronto SketchFest, the Grinder Award at the 2013 Montreal SketchFest, and the Producer’s Pick Award at the 2013 Columbus Brew-ha-ha. They have also performed as part of Fresh Meat 2011, two showcases for Just For Laughs, and were named one of Bite.ca’s “10 Canadian Sketch Troupes You Need To See Right Now.”

Bubbly and wholesome, Jennifer McAuliffe can’t wait to sully the Comedy Cabaret stage this March. She is instantly recognizable for her trademark pearls, fancy dress and lassiez-faire attitude towards grooming. Jennifer McAuliffe has performed across Canada, Bermuda and Ireland, produced the 2013 Du-West Festival outdoor comedy show, and had the honour of performing for the Troops. She has performed with all the big names in Canada. She currently runs and headlines Dirty Minds Comedy Club every weekend. With an engaging naivety, she negotiates the horrors of aging gracefully, homeownership, and burgeoning spinsterhood. You can find her telling jokes at any open mic in Ontario and on eHarmony. 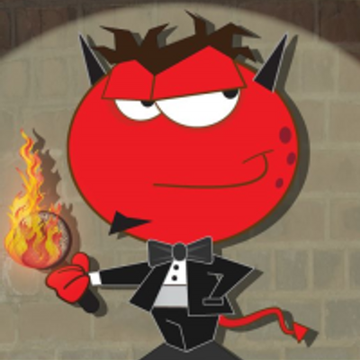