RUN DMT’s sound reflects a torrid love affair with heavy basslines, thunderous beats, and haunting melodies. Formed in Austin, TX in the summer of 2010, RUN DMT approached heavy bass music without borders; touching on Dubstep, Drumstep, Trap, Moombahton, atmospheric Downtempo and more. In his short 3 year of history he has made high profile appearances at Electric Daisy Carnival, Coachella, The Vans Warped Tour, Camp Bisco, Nocturnal Festival, Wakarusa, Snowball Music Festival, and Counterpoint Fest . His original productions and remixes have become recent playlist staples for DJs ranging from Bassnectar to Flux Pavilion to Excision to 12th Planet and beyond. RUN DMT has also done official remixes for the likes of The Who (yes THE WHO), Major Lazer, Dimitri Vegas & Like Mike, Diplo, Fitz & The Tantrums, Figure, and Hundred Waters.

Ever since the early 90’s, DJ Delirium has been a forefront leader in the hardcore scene. He’s appeared countless times at some of the world’s largest events, and has had tracks featured on some of the world’s most legendary hardcore compilations including Thunderdome and Resident E. To date, DJ Delirium has released over 70 slammin productions with some of hardcore’s most recognized companies including ID&T, Industrial Strength, Masters of Hardcore, MegaRave, Psy-Cho-Tik, Fix Party & Encore. DJ Delirium’s got studio skills and has proven that with his top quality productions. Anyone who’s ever seen DJ Delirium perform knows about his smooth mixing and tight scratching. His DJ skills have taken him from New York to Holland, Italy to LA. In these cities, among many others, he has rocked dance floors for crowds of over 30,000 people. DJ Delirium has brought the hits from the studio to the dance floor for the past 12 years, and there’s no sign of stopping him. So be prepared for the mantis to strike again.

Mighty Mike Saga looks 100% like someone in an old Billy Idol video, possibly the third zombie who gets zapped in “Dancing With Myself”. But he’s amazingly passionate about one single thing: making a room full of music that’s outside of the “same twenty songs you hear at every Club or Festival, or rave, or burner event”, yet makes people REALLY comfortable and REALLY want to dance. And his knowledge of the entire Electronic music spectrum from A to Z is exceptional and vast. At two-years-old Mighty Mike “began spinning records on a PlaySkool dj mighty mike stereophonic hi fi record player with an Old Radio Shack Mixer to fuse his favorite Sesame Street and Muppet songs together in harmony.” This sounds really implausible and we don’t actually believe it, but we can totally believe that music has been this kids’ life from before he was old enough to walk. His website is totally designed to make him look like the most Dark Dark Darkity Dark Goth/Industrial DJ ever. Don’t let it fool you. He’s actually a really sweet guy who plays all kinds of music. But he also really likes to scowl in pictures. That’s because the REAL story of when he was two years old was that he tried to imitate the aforementioned Billy Idol video, and his face stuck that way…

Emerging from the New England rave scene in the 90's, exposure to the underground sounds gave rise to Sonic Bee. Developing his own style, Sonic fine-tuned a unique combination of hard, funky breakbeats and a non-stop mixing style. Added to NYC’s, Kingsize-USA Entertainment roster, Sonic Bee earned supporting and eventually headlining gigs alongside some of the best at parties all over New England, up & down the east coast and many other stops around the states. From party to party, residencies at the old BOUNCE monthlies in NY & the infamous Wednesday nights at Function in New Haven, CT, funky house sets at Drinkland NYC, even closing the show at A Tribe Called Quest’s farewell tour at The Palladium, Sonic Bee has proven his ability to rock the decks & the crowds. Never overzealous, a quiet professional who lets his music & skills speak for themselves, Sonic Bee continues to make noise & moves dancefloors…

SNEAKER AND THE DRYER

Formed in late 2004, "Bass Music Specialist" Sneaker & the Dryer has rocked crowds all over the continent. Combining deft mixing, crazy looping, insane layering and on the fly remixing matched with electric energy, S&D puts together an EDM showcase that destroys floors far and wide. Sneaker & The Dryer is a multi genre act specializing in all things bass and has played alongside some of the biggest names in the industry including Starkillers, Charles Feelgood, Josh the Funky 1, Uberzone, The Bassbin Twins, Farace, and many more. He is currently ranked #26 on the DJ Lists Top 100 Breakbeat DJs With releases on Kick It Recordings, Hard Granada, Held 2 Ransom and Sorry Shoes Records under his belt, multiple features on major compilations and a plethora of tunes dropping in 2014 on a handful more labels, S&D is making his mark on the production world in style. With his own unique blend of House, Breaks and Bass he likes to call "Broken House", Sneaker & The Dryer has had multiple tracks chart on Beatport and various other digital sites. Having hosted events under Shoe Skool Productions and now bringing some of the biggest and best parties to New England with Kick It Recordings and Sky Artist Management, Sneaker & the Dryer is pushing the limit on all levels!!

Mike Skillz is the tsunami of the dubstep movement in New England, and the wreckage is still being calculated. He has been spinning for over 15 years, and has been pushing his unique style for decades. His fantastic abilities as a selector and DJ have propelled him into events across the USA and his hometurf of the Northeast. The ability to dominate genres (filthy dubstep, chilled dubstep, Fidget/Bassline, Garage, HardCore, DnB) and rock dance-floors, electrify every crowd and keep them banging for more. His progressive controllerism and old school vinyl roots bring a special taste to every eardrum. Mike Skillz is a proud member of Dj Venoms label, Morlock Music, Audio Infantry, and 1 half of the amazing contingent “Binary Beatdown”. When Mike Skillz steps up to the decks, worlds are destroyed. Make sure to check out Mike SkillZ live every week on Fokus.fm!! Stay tuned for details....

Drummer, bassist, sound designer, and Producer/DJ heavy weight, Sexy Black Female can tear your face off or take you back in time and has spent the past 17 years doing just that. Most of Sexy Black's time is spent creating unique and dynamic synth lines, sampling emotionally provoking quotes, and tracking live instruments to bring the two vastly different worlds of electronic and live music together. 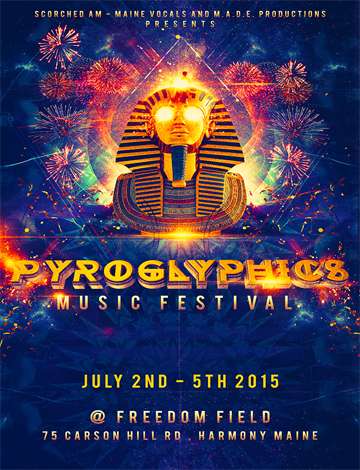