New York City began in lower Manhattan as the Dutch colony town of Nieuw Amsterdam, in 1626.  It grew from the Battery Park area, a quarter-mile north to what is now Wall Street.  Taken over by the British in 1664, New York then grew beyond ‘the wall’ northward, eventually taking over the entire 17km (13 mile) island.  The Olde New York Tour begins and ends in historic South Street Seaport, once the hub of New York’s maritime trading empire.  You will touch an artifact that was created at the start of the American Revolution.  You’ll have a great view of the Statue of Liberty, The Sphere – a sculpture that once graced the World Trade Center – and the New York Stock Exchange.  This tour takes about two hours.  (Note: the tour does not go into the National 9/11 Memorial.)

The Seaport was once known as Sailortown, a rough, tough area whose residents were largely Irish-American and African-American.  Farther up the hill in the Lower East Side, Germans and German Jews came in in the 1850s.  Italians came streaming in between 1861 and 1930.  A few Chinese came during the late 19thcentury; their numbers rose quickly after 1965.  Our Chinatown is the largest Chinese-speaking district outside of China.  You’ll see evidence of these great diasporas in our two-hour tour that takes in the Brooklyn Bridge and much of the surrounding area.  Remember to bring your camera: there will be spectacular views in all directions from the top of the Brooklyn Bridge. 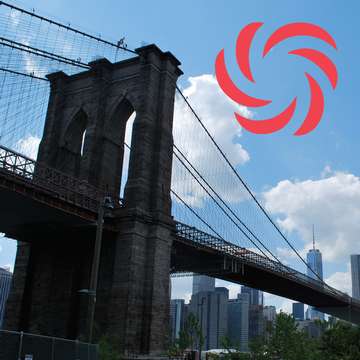