Pasquale, born and raised in Naples, Italy, immigrated to the United States to pursue his passion of music in 1998.  He graduated from San Jose State University’s School of Music in 2009 and has released 7 full length CDs.  He is an international touring and recording artist and has most recently been seen across the United States with his 1st PBS Special: “Pasquale Esposito Celebrates Enrico Caruso.”  The televised docuconcert pays homage to the legendary Caruso by taking the audience on a musical journey highlighting the songs, places and cities that made him an international star. Aside from touring with his PBS special nationally, Pasquale is set to debut at the prestigious San Francisco Opera with their world premiere of “Two Women” in June 2015. For more information about Pasquale Esposito, visit www.pasqualeesposito.com. 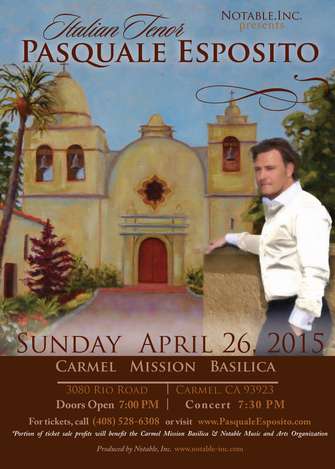